Amelia Hamlin has hit back at critics after she was pictured sharing a tender moment with her new beau Scott Disick.

The 19-year-old socialite, who is the daughter of Harry Hamlin and Lisa Rinna, had a stern response for followers that criticised the 18-year age gap in her relationship.

Taking to social media, the model had unveiled a picture alongside Scott, 37, where she sat on his knee.

In a second post, Amelia branded the dad of three her 'dream man' as they cuddled in front of a table.

After some followers criticised the duo on the Best Of Bravo Instagram page, Amelia decided to address the trolls.

Amelia Hamlin hit back at critics of her romance with Scott Disick (Image: Instagram)

“Everyone can calm down,” she wrote in the comment section.

It came after several followers took aim at Scott and Amelia's relationship. Amelia clapped back at followers who criticised the age difference with Scott (Image: Instagram) "Girl he don’t even follow you on IG," added a second.

A third wrote: "Icky. That's the only word that comes to mind"

Amelia and Scott are believed to have become romantically linked in October of last year when they arrived together at Kendall Jenner's birthday gathering. 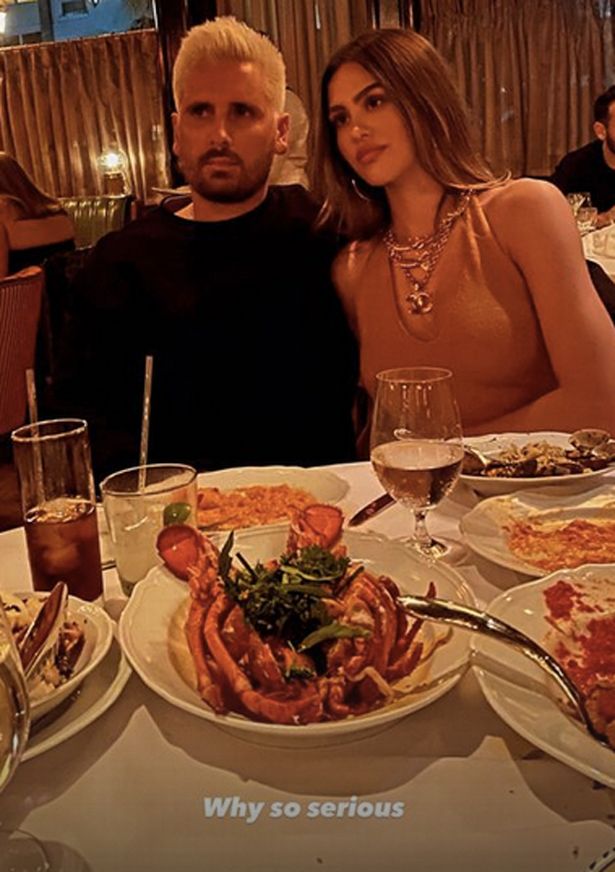 Following his split from the eldest Kardashian, Scott moved on with Lionel Richie's daughter Sofia Richie - who was also 19 when they began dating.

However, his relationship with the model was not meant to last and the pair parted ways in August 2020. It seems like Scott wasted no time in moving on from his recent split with the reality star reportedly growing closer to Amelia in recent months.

While Scott doesn't appear to follow Amelia on social media, he also went 'Instagram official' with the star by sharing a snap of the pair on Valentine's Day.

Germany has a prize for the worst goal of the month. The winner is awarded a toilet seat
Neymar will receive 30 million euros a year under a new contract with PSG
Koeman before the Cup final: Messi knows how to prepare perfectly for important matches. He will show the maximum to win
Thomas Tuchel: There is a distance between Chelsea and Man City. They and Bayern are two landmark clubs in Europe
Vieira about Le Gre, who denies racism in football: His arguments do not inspire confidence. There is racism in football
Gerrard on Arsenal's 4-0 win over Slavia: I really enjoyed it. I am sure that Kamara also liked everything
Mauricio Pochettino: Guardiola is the best coach in the world. Man City is very good, and this team was created by him