ALL arrivals entering the UK may be forced to quarantine at a hotel at their own expense from today.

MPs are to discuss the new travel restrictions today, following huge crowds and queues at the airport this week.

Home Secretary Priti Patel and Health Secretary Matt Hancock both support further travel restrictions to prevent the spread of coronavirus, but the Treasury and Department for Transport are reportedly pushing back against it, according to the Mail Online.

The new plans, similar to Australia and New Zealand, would force all arrivals to quarantine at a hotel near the airport, spending 10 days there at their cost.

A source said Government officials were "engaging" hotel groups on the possibility of using them to quarantine new arrivals.

Ministers last week ordered a study of New Zealand's “directed isolation” policy where everyone arriving in the country is charged to stay at a hotel for two weeks, the Sunday Times reported.

Australia's scheme charges travellers up to £2,500 to stay in a hotel room for between 14 and 24 days.

However, a government source told The Telegraph that if the UK enforced the new restrictions, they would be "difficult to exit," adding "as Australia and New Zealand have found and their economies are suffering as a result.

"Nor have their quarantines and managed self-isolation proved watertight."

New travel restrictions were introduced on Monday which require a negative coronavirus test and a Passenger Locator Form from all arrivals to the UK.

This has caused long queues and delays at passport control, as border staff are forced to check the new documents.

Some passengers claimed staff were forced to hand out water due to the conditions, although this then meant people removing their masks.

WHO development consultant Alvaro Garbayo, who was trying to travel through the airport, wrote on Twitter: "Border control at Heathrow a complete mess, a crowd queuing for more than one hour with not enough space to keep safe distance.

"Just making sure we all get infected before entering UK? Proactively pushing for herd immunity?

"And just to make it more likely they hand over water for free so people remove their masks. No special arrangements for people with children, people with disabilities, elders... and we get surprised with our numbers?" 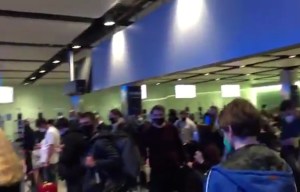 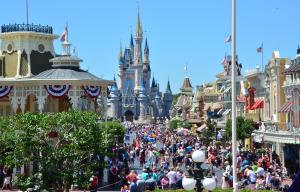 Disney holiday bookings boom for summer 2021 - with deals from £118pppn 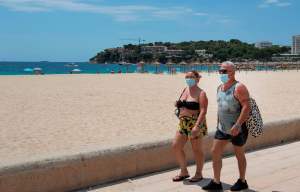 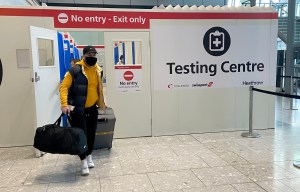 Vaccine passports will be 'unavoidable' for holidaymakers, warns travel doctor 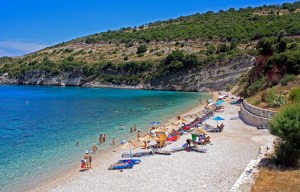 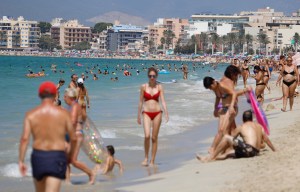 Brits to be welcomed back to Majorca & Ibiza before other nationalities

However, a Border Official spokesperson said that there are "necessary staff" in place to check the relevant documents of arrivals.

Anyone caught entering the UK without a negative test will face a £500 fine, and airlines will also be fined if they are caught not checking for negative test certificates.

There are some exemptions - hauliers, children under 11, and flight and international rail crew are all exempt, along with travellers from the Common Travel Area, which includes the Republic of ­Ireland, Channel Islands and Isle of Man.

Golovin scores points every 32 minutes in 2021 - best result in Ligue 1
Beckham on Messi and Ronaldo: These are the players we want to sign at Inter Miami
Arteta after 3-1 with Leicester: Arsenal are unacceptably low in the table. We need to improve the situation
Golovin on two assists: The task when coming on as a substitute was to sharpen the game. Probably, it was possible
Schalke confirmed the resignation of the head coach, the sports director and three other people. The team is last in the Bundesliga
Robertson on Liverpool injuries: No one can cope if there are 18 defensive combinations during the season
Monaco Golovin has 10 wins and 2 draws in the last 12 matches of Ligue 1
Source https://www.thesun.co.uk/travel/13816080/uk-arrivals-hotel-quarantine-airport-cost-rules/