ALESHA Dixon has revealed she cried every day for weeks before giving birth to baby Anaya.

The 41-year-old Britain's Got Talent judge has opened up about becoming a mum for the second time seven months ago.

She kept her pregnancy secret for six months and even waited weeks to tell fans she'd given birth.

Speaking on Giovanni Fletcher's Happy Mum, Happy Baby podcast, Alesha admitted: "Two weeks before she was born I basically cried every day. I felt so low.

"You grieve different things. I remember thinking it was the end of another era of just the three of us.

"Truthfully I don't know what it was, it was a combination of anxiety, hormones and tiredness.

"I felt so low that I was worried - which is a pointless thing to do because worrying changes nothing - but I was concerned I would feel like that after she was born.

"It was like a dark cloud that made no sense to be because it was the most joyful thing that was going to happen to me. But the dark cloud went as soon as she was born.

"All those worries I had were gone. I like to think of myself as a healthy, well-rounded human being so the thought of dipping into a place that feels alien and being stuck in a low spot worried me.

"I was working right up until the moment I had her, so maybe it was that. In reflection maybe it was a lot on my emotional wellbeing." 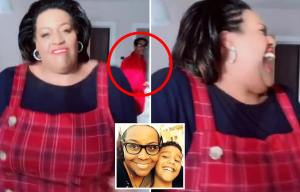 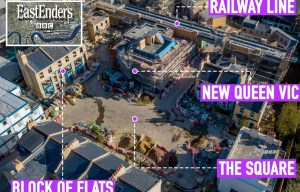 Alesha is now feeling better than ever as she looks ahead to the return of Britain's Got Talent this weekend.

But the coronavirus pandemic meant the live shows have had to be postponed until later this year.

For now, Alesha is in lockdown with her husband Azuka Ononye and their daughters Azura, 6, and seven-month-old Anaya.

She shocked fans this week when she shared snaps of herself sunbathing outside in what looked like a park - but was in fact her huge garden.

Some of her 988,000 followers quickly mistook her huge lawn for a public space.

She's been passing the time by doing workouts in her home gym using baby Anaya as a weight.

Frank Lampard: Back in December, Chelsea were in great shape. I am concerned that we lost it so quickly
Rodgers on Leicester's fight for the championship: It's too early to say, but in the first half of the season we played consistently and at a high level
Only in one season in the Abramovich era did Chelsea score fewer points after 19 rounds than they do now. Then Mourinho was sacked after 16 games
Werner has not scored in 11 games in the Premier League. He has 1 goal in his last 15 games for Chelsea
Manchester United are ready to offer 12 million euros for defender Lance Medina. In September, he was called up to the Argentina national team for the first time
Player Eibar Enric and defender Girona Luna were sentenced to 2 years in prison on probation for publishing a video of a threesome
Bayern will play Egypt's Al-Ahly or Qatar's Al-Duhail in the Club World Cup semi-finals
Source https://www.thesun.co.uk/tvandshowbiz/11351454/alesha-dixon-cried-baby-anaya/

From Gaga to Garth, Miranda to Moreno: Celebs join inaugural

Don’t shy away from grief, Miranda. Only those who have loved a dog know the guttural pain of losing one

National Guardsman continues teaching students despite being deployed to US Capitol

When was First Dates series 16 filmed? Details as show moves to Manchester

Robbie Williams 'tests positive for Covid-19 and quarantining in Caribbean'

Biden inauguration: Smiles, soldiers and the blowing of a shofar as DC bids farewell to Donald Trump