AJ Pritchard says he'll "miss" Strictly after quitting the show - but his family say he "had" to leave to "give more to the world".

The dancer, 25, shocked the country following the announcement he was leaving the super popular BBC dancing competition.

AJ has remained positive about his experience on the show, but says he needed to leave in order to pursue other projects.

Speaking to Lorraine alongside brother Curtis, mum Debi and dad Adrian, AJ said: "I've had four fantastic years, it's the best show on the telly."

He added: "I will definitely miss the first day, when you meet the celebrities. You as the professional are usually pretty chill but the celebrities will forget their name. We usually have to shoot it a couple of times."

Then his mum Debi said he "had" to leave because he has more to add to the world.

"His light is burning bright, so he needs to use that opportunity and give more - give more to the public."

The dancer quit the show in March so he could pursue a presenting career with brother Curtis.

AJ previously opened up to The Sun's Bizarre about the physical and mental toll the series took on him.

He said: “Every single year I thought, ‘How the hell am I going to get out of bed to keep going?’ — because of the sheer energy levels. 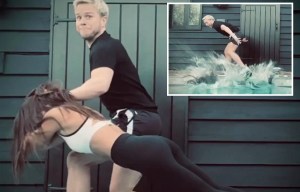 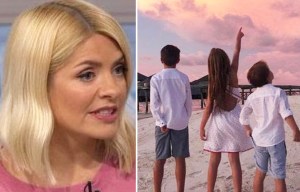 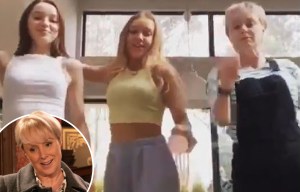 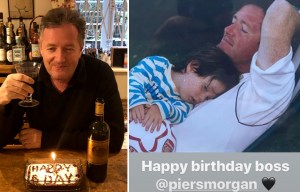 “You would do 18-hour days, mentally there is a lot of stress on you and you’re on TV every day. It kills you.

“I won’t miss Monday morning rehearsals in a freezing studio at 8am. I will happily never do that again. There’s a lot of strain, both physically and mentally."

In his first year on Strictly in 2016 AJ reached the semi-finals with Olympic artistic gymnast Claudia Fragapane, 22. He came fifth in competition the following year with ex-Saturdays singer Mollie King, 32, and again the next year with British Paralympic athlete Lauren Steadman, 27.

Last year he was partnered with Youtube vlogger Saffron Barker, 25, and came sixth.

Barcelona could sign Alfonso Davies for 8 million euros in 2017
The Premier League allowed clubs to play friendly matches. The coaches will judge
Chelsea can make two serious transfers. Chilwell is one of the priorities
Tiago started training in the General group of Bayern, Luca Hernandez is engaged individually
Arsenal on the death of George Floyd: We are against racism
Marc-Andre Ter Stegen: there Is no chance that I will leave Barca this summer
Gattuso's sister died at the age of 37. Milan expressed its condolences
Source https://www.thesun.co.uk/tvandshowbiz/11309194/aj-pritchard-quit-more-strictly/

What is martial law and has it ever been imposed in the US?