In the summer of 2020, anti-racism marchers arrived on the steps of the Turner Contemporary in Margate while it was hosting the exhibition We Will Walk – Art and Resistance in the American South. The march’s organisers were the artists and founders of People Dem Collective, Kelly Abbott and Victoria Barrow Williams, who were disappointed at the exhibition’s American focus because, as they put it: “So much was lost. We’re not from Alabama, we’re from Thanet [in Kent] … and our lived experience is about being erased.” They suggested that the gallery could make the show more relevant.

Within weeks, they were given space to mount their own exhibition, including a film of the march and speeches alongside artwork from the protest. For Victoria Pomeroy, director of Turner Contemporary, that ability to be “fleet of foot and think differently” is one of the most important aspects of the gallery, which is celebrating its 10th anniversary this year. 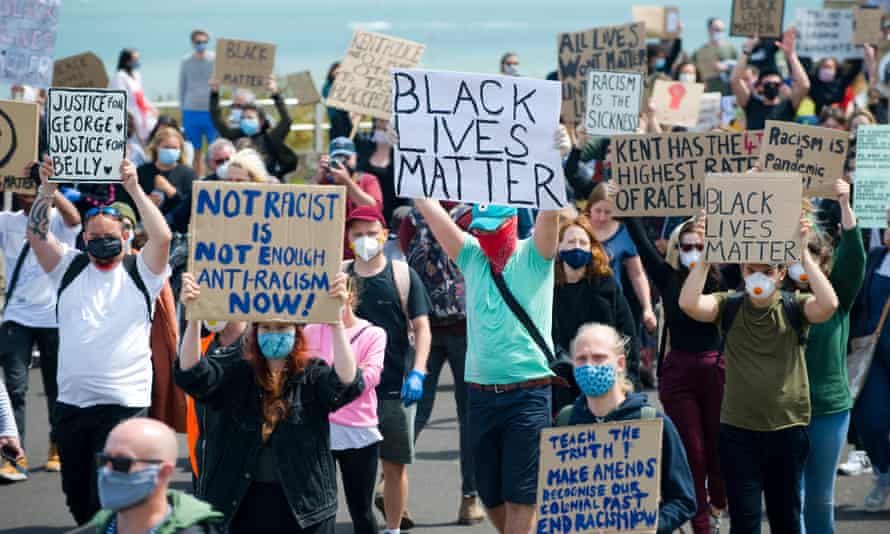 If the gallery was intended as a catalyst for regeneration in Margate then it’s hard to argue with its success. Since it was opened in 2011 by the Kent town’s most famous daughter, Tracey Emin, Turner Contemporary has had more than 3.5 million visits and shown work by more than 500 artists, from Turner, Rodin and Constable to Ai Weiwei, Barbara Walker and Grayson Perry. It has hosted more than 50 exhibitions, as well as the Turner prize, and put more than £70m into the local economy.

The impact on retail, catering and hospitality is evident in the revamp of the iconic Dreamland amusement park and the high-speed rail link between Kent and London. But it’s the growth of the creative sector that’s really driving change. Affordable, available space has made Margate attractive to artists, musicians, designers and other creatives including Carl Freedman and Jonathan Viner who, alongside Emin, are establishing Margate’s own arts district. Creatives are drawn there not just by the cheap rents but also the chance to be part of a community – something often lacking in big cities such as London. 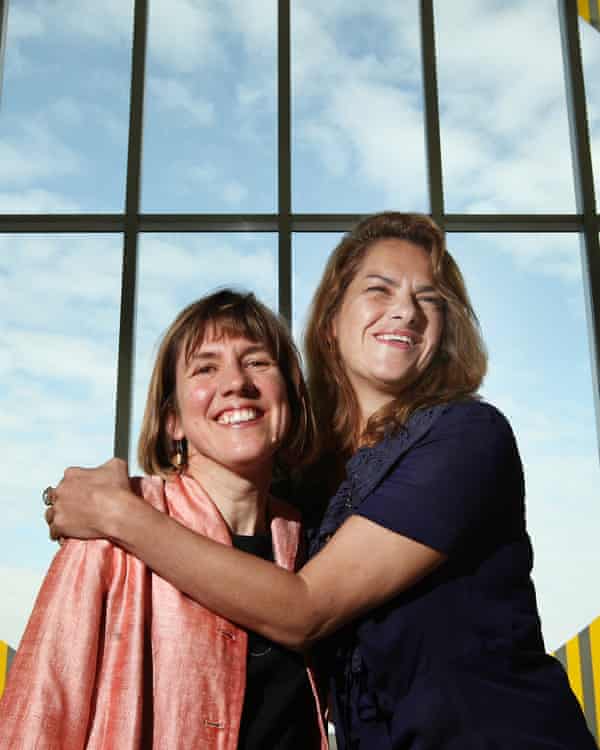 According to the Margate Arts Creativity and Heritage (MACH) programme, there was an 84% growth in creative businesses and a 71% increase in artists’ studios between 2010 and 2015, and that growth has continued apace. But perhaps more important is the way arts institutions have looked to foster a strong relationship with the people of Margate.

Robert Diament, host of the Talk Art podcast and director of the Carl Freedman gallery believes the decision to host People Dem Collective’s exhibition wouldn’t have been taken five years ago, but that the gallery has “grown in confidence” through its relationship with local people.

The knock-on effect is there to see. New art schools including the Margate School and Open School East are nurturing younger artists. Buildings in the town have been transformed – a former electricity substation houses Limbo, a longstanding artist studio complex and project space, People Dem Collective will be taking over a prime seafront space centre this year, and a historic Victorian warehouse in Cliftonville is home to Resort, another arts collective.

Dan Chilcott, who set up Resort, is a knitter, artist and a driving force in Margate Pride and the Margate festival. He says it’s important to recognise there is more to the town than the Turner: “It has a great artistic and creative heritage, beautiful beaches but also the saucy seaside fun element of Dreamland and the arcades – all of them equally important. It’s preserving that mix that’s key.”

That challenge is something Madeleine Horner, chief executive of Thanet district council, believes the arts community is well placed to support: “These pioneers have the temperament and the creativity to see the beauty and value, to retain the bohemian edginess that makes Margate special.”

There is inevitably a degree of apprehension about gentrification given the pace of change. But the impact in the community of Margate’s arts sector goes far deeper than simply attracting visitors. Research in 2016 by Canterbury Christ Church University calculated that for every £1 invested by Turner Contemporary, £2.88 of net social value is created for visitors to the gallery and almost twice as much for people engaged in lifelong learning. A report for Thanet council showed a 64% increase in day trips between 2009 and 2019. Elsewhere, the Carl Freedman gallery – with artists including Sophie von Hellermann and Emin – has raised funds to support local projects including Our Kitchen and Oasis, a domestic abuse organisation.

“For us, it’s not just about the money you raise, it’s working with organisations and the people involved,” says Diament. “In London it was the art world talking to the art world, but here the sense of community is so strong, generous and wonderful.”

Kelly Abbott from the People Dem Collective says: “Margate is a petri dish for innovation. It’s a socially conscious town and we’ve been the community that goes to Turner Contemporary and potentially feels it’s not for them. We need to dismantle the urban narrative around the black experience to build bridges and break down barriers … close the gap between Turner, Dreamland and the sea.”

There are parts of Margate that remain shabby, neglected and in need of huge investment. But the structure is there in its architecture, its sandy beaches and, of course, its light. Part of the £22.2m funding recently awarded through the government’s town deal will be used to set up a trust to support artists and creatives in finding premises along with investment in public realm and heritage. A panel of 50 residents will work alongside the council. “We need dialogue with the community who are very vocal about being included in change,” says Horner. “Too often change is imposed because institutions think they know everything.”

The challenges of reopening galleries to visitors post-Covid are significant, but next month’s launch of the Creative Coast project – which Turner Contemporary has been spearheading – will take art beyond the gallery walls and outdoors. Seven new site-specific artworks by seven international contemporary artists will connect the coastline of Essex, Kent and East Sussex, alongside the world’s first art geocaching tour. ​Michael Rakowitz’s work will be the first to launch in Margate at the end of April. 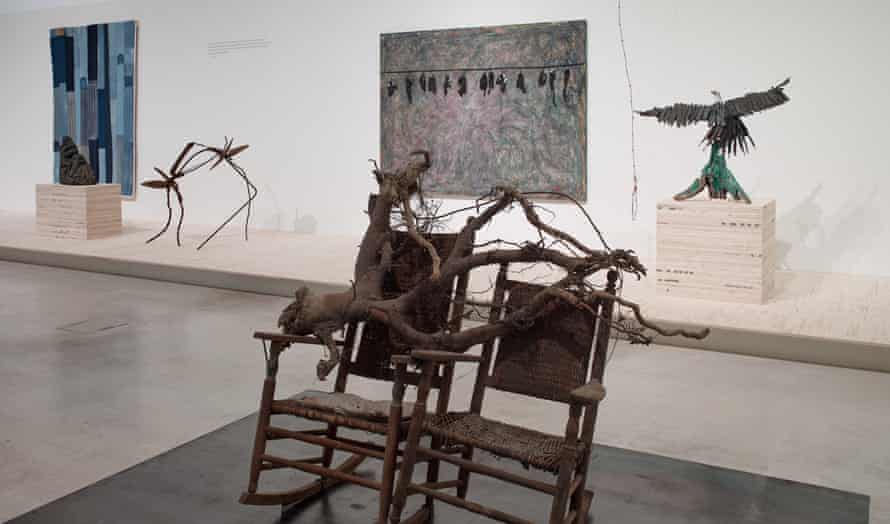 Pieces in the exhibition We Will Walk – Art and Resistance from the American South. Photograph: Stephen White

Sarah Dance, who is running the project, say the idea is not just to encourage visitors but “for local people to become tourists in their own towns. To release the child or adventurer that we find on holiday.”

She believes that we need to look more broadly at how the creative and arts sectors can be instruments for change, “not just how many jobs are created … recognising that change needs to happen slowly, carefully and creatively through a range of interventions often led by local people and sharing power.”

Ten years on, Victoria Pomeroy agrees: “How long does it really take? There are still lots of local people who haven’t been to Turner Contemporary and there’s more engagement work to do. We must keep asking what our purpose is, how to make ourselves more accessible, to think about sustainability and climate change, to be responsible to Turner and his legacy. To use the power of creativity.”