SHARON Mitchell is set to get her revenge on the Mitchells in EastEnders this week after discovering that Keanu Taylor is still alive.

Here are the best spoilers hitting your screens this week in soapland...

The Queen Vic landlady will continue to use any excuse to drink this week as Ian wins the election after a close call in EastEnders.

The party is a wild one but disaster strikes when a drunk Linda stumbles through the door.

Everyone is concerned by her behaviour, but Linda refuses Mick’s help when he tries to take her home.

A drunk Linda drops a bombshell on Sharon - Keanu is still alive.

A stunned Sharon demands Linda tell her more when she’s sober later in the week.

Sharon then plots ways to haunt the Mitchells with her new information.

Rhona's escape plan is destroyed as Graham is brutally murdered in a week of special episodes that will see the day of his murder replayed from the perspectives of several suspects.

Graham's friends have been dropping like flies in the village and this week a mystery culprit will finish him off - but who will pull the trigger?

4. Lisa makes a decision about Louise

Lisa tells Phil she’s taking Louise to Portugal to help her get over Keanu.

But Phil is adamant Louise remains on the Square where he can keep an eye on her.

Fiz is overjoyed when all charges against her are dropped after Hope admits that Jade drew on the bruises on her arm.

But Tyrone and Fiz are sent wild with panic when they later realise that Hope has disappeared, and assume Jade must be behind the kidnap.

When Jade denies any knowledge of where Jade might be, Fiz loses it and whacks her over the head with a chopping board.

Tyrone then rushes in to see her standing over an unconscious and bleeding Jade.

Yasmeen later finds Jade lying unconscious in a ginnel and rings the police.

It’s not long before they come knocking for Fiz - how will she get her way out of this one?

Secret bigamist Tim is in shock when his Vegas wife Charlie rocks up on his doorstep and announces she’s lost both her jobs.

Things worsen for Tim when she later demands £5k before she agrees to sign any divorce papers.

Tim - desperate to make things work with Sally - borrows the money from Steve and Kevin.

But things aren’t looking so easy when he realises that Charlie has got a job behind the bar in the Rovers.

How is he going to get rid of her?

After battling with his sexuality for months and losing the love of his life Scott, Mitchell finally comes out to his mum Martine this week on Hollyoaks.

Mitchell was dumped for refusing to be open about his sexuality to his family.

But this week, when Martine begs him to tell her what’s up, he finally tells her what’s on his mind.

Martine says some wise words and advises her son that life is too short not to go for what you want.

Will he end up back in Scott’s arms? 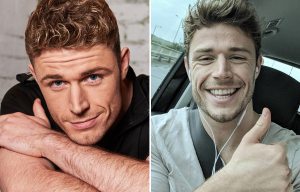 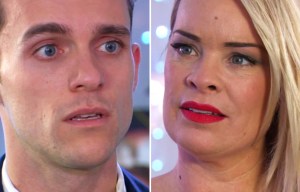 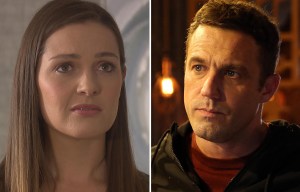 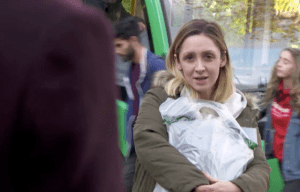 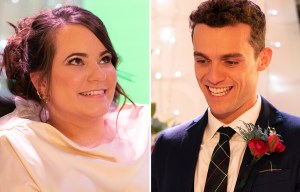 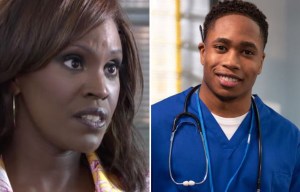 Fans know that John Paul and James are set to give in to their desires for each other soon on the channel 4 soap.

And this week viewers will see the build-up.

Tension rises between the pair when John Paul steps in to help Sally at the school.

Later, John Paul is keen to know when he and James are going for a drink together.