“I guess I’m part of history,” says James Lowe, lead singer of the Electric Prunes, of the band’s oeuvre being gathered into a box set this month. “It suggests the idea we had for the band was viable – at least for a while.”

Indeed, the Los Angeles quintet were, if only briefly, one of psychedelic rock’s pioneers. Ironically, as Lowe confirms, the Prunes weren’t particularly interested in hallucinogenic drugs – “we had no support crew, no tour bus; we couldn’t sit around stoned” – and no Prune possessed the dark charisma of fellow LA psychedelic shamans Arthur Lee or Jim Morrison. Initially a surf-rock outfit, a passing real-estate agent heard the band rehearsing in a garage and suggested a friend of hers might be interested in them. Lowe gave his phone number but thought nothing of it, because “everyone in LA knows ‘someone’ in the film or music industry”.

She actually did – her contact, David Hassinger, was the resident sound engineer at RCA Studios. There he engineered the Rolling Stones’ 1964-1966 LA sessions (the likes of (I Can’t Get No) Satisfaction, Lady Jane and Under My Thumb benefited from his skill). Hassinger was looking for his own Stones and Lowe’s band – photogenic, dynamic, enthusiastic – fit the part. “Being discovered while rehearsing in a garage and getting a record deal from it: it’s such an LA story,” Lowe laughs.

That they’d written very few songs didn’t matter: Hassinger brought in songwriters, while a name change to the Electric Prunes suggested an awareness of the rising psychedelic tide, as did their second single, I Had Too Much to Dream (Last Night). Songwriter Annette Tucker wrote it as a hangover ballad but the Prunes – “we had a very Link Wray kind of sound, dark and powerful” – created a psych-rock anthem with guitarist Ken Williams employing striking effects.

This song and another Tucker effort, Get Me to the World on Time, both reached the US Top 40 (and UK Top 50), ensuring the Prunes were on the road to fame and fortune. Except they weren’t. Their second album, 1967’s Underground, produced no hits and slowed momentum. Still, touring Europe the Prunes did the prerequisite swinging London activities of visiting the Beatles at Abbey Road studios, getting high with Hendrix, playing the Marquee and being photographed by Gered Mankowitz. “I felt like the luckiest guy in the world,” says Lowe. “Meeting Hendrix and Cream and Soft Machine – we owned their albums and now we were in London at parties with them.”

Returning to Los Angeles, the Prunes found David Axelrod assigned with composing and arranging their next album, 1968’s Mass in F Minor. Axelrod was no jobbing tunesmith: his skilful productions of R&B singer Lou Rawls, jazz saxophonist Cannonball Adderley and Scottish actor David McCallum’s albums marked him as a sonic visionary. “David was a jazzbo – the hippest guy in the room,” says Lowe. “What he set out to achieve in the studio was quite beyond what we were used to.” 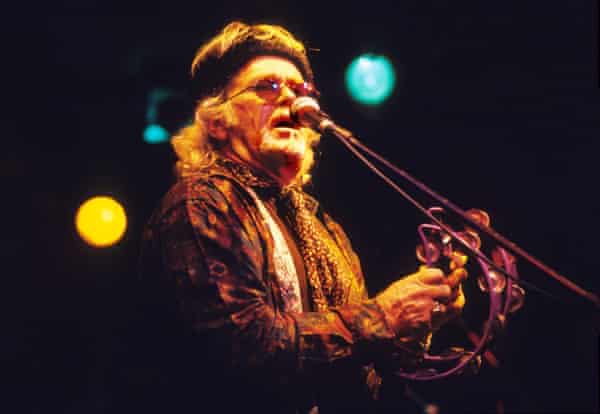 For Mass In F Minor, Axelrod employed the Prunes alongside the likes of Carol Kaye and Earl Palmer (of top LA session players the Wrecking Crew) to create psychedelic soundscapes over which Lowe sang in Latin and Greek. Both odd and engaging – Axelrod brilliantly layers the sound – Mass In F Minor was promoted to the burgeoning FM rock radio stations (they acquiesced) and US Catholic media (they refused). “I’d been a Catholic altar boy so had no problem singing the mass in Latin but was Mass In F Minor really the third album the Prunes should have made?”, wonders Lowe.

There were strong sales, though, and Axelrod was given the go-ahead to record a follow-up: Release of an Oath, based on the Jewish Kol Nidre prayer. Where the Prunes had contributed (in part) to Mass, this time Axelrod simply went ahead using the Wrecking Crew to create an album that, when released in November 68, bombed (Release of an Oath has since been picked over for samples by elite rap producers). Having been made superfluous, the band split, and Hassinger employed another band as the Prunes to tour and then, using another, produced 1969’s Just Good Old Rock and Roll. As its title suggests, these Prunes played conventional rock: the cover billed them as “new and improved” but few paid attention. “I gave Hassinger permission to keep using the Prunes name,” says Lowe. “In retrospect, that was probably a mistake, but there was a certain momentum I didn’t want to derail.”

Later that same year Easy Rider, the extraordinarily successful counterculture film, featured Mass In F Minor’s Kyrie Eleison in both the film and on its soundtrack album. By then, the band were completely done, Hassinger finally having lost interest after the last lineup split. “We never got paid for Easy Rider,” says Lowe wearily, “and the soundtrack LP was the biggest selling in Dunhill [Records’] history. Hassinger told me his ex-wife stole all the royalties.” As for a share of what Axelrod received from the likes of Dr Dre and Rakim sampling his productions – again, nada. Lowe shrugs and adds, “I got on with my life and I’ve been a lucky guy. No point in complaining about what might have been.”

Indeed, Lowe became a successful recording engineer and producer, working with Todd Rundgren, Sparks and many others. Meanwhile a slow resurrection of the Prunes was underway, beginning in 1972 when Lenny Kaye – now best known as Patti Smith’s long time guitar foil, then a freelance music writer and record shop clerk – compiled and issued a double LP compilation called Nuggets: Original Artyfacts from the First Psychedelic Era with I Had Too Much to Dream as its opening track. Punks embraced the Prunes – the Damned and Wayne County & the Electric Chairs (among others) covered Too Much to Dream – as did the Paisley Underground, LA’s 1980s pastoral psych scene. The crowning of David Axelrod as the go-to producer for sublime samples at the dawn of this century led to further interest – Axelrod’s one UK concert, at the Royal Festival Hall in 2004, had Richard Ashcroft joining him on stage to sing Holy Are You from Mass In F Minor.

Punk, psychedelia, hip-hop – that’s a lot of sonic territory to cover for one rather unsung band to cover. “Believe me, I’m surprised at the interest,” says Lowe. “My son first told me about Nuggets and how friends of his liked our music. I had no idea.”

The Prunes reformed in 1999, released Artifact, an album they claimed “was the third album we never got to make” in 2001 and toured widely – Lowe still leads the Prunes today. “We now go and play places like Japan, and Kent – cool places that we never played back in the 60s, and our audiences are often dads and sons. We’re a cross-generation band. I love it that our music has some kind of primal appeal.” Now there’s a boxset containing every 1960s recording by the garage band who found themselves hijacked into making music they never imagined. “Did we have too much to dream?” asks Lowe merrily. “I know we had a great time – back then, playing rock’n’roll on Sunset Boulevard with the likes of Leon Russell was as exciting as things got!”