THE NUMBER of children who needed treatment for swallowing objects has increased fivefold in the past five years, experts have warned.

Nearly 50 per cent of kids who swallowed a "foreign body" needed surgery.

Specialists in the UK said that swallowing objects such as buttons and coins can be normal for kids over the age of six months as they learn to explore their environment.

Most of these small pieces that are swallowed will come out naturally without any injury - but can still cause choking.

Writing in the Archives of Disease in Childhood, experts said this isn't always the case when it comes to magnets and small button batteries.

The experts looked at data from five hospitals in the UK and found that coins were the most common item swallowed followed by magnets and button batteries.

They found that the number of children who had swallowed a magnet increased fivefold between 2016 and 2020.

Some 42 per cent of those who had swallowed magnets required surgery for retrieval compared with just 2.5 per cent of the button battery cases.

The experts said that while single magnets usually don't require removal, several swallowed magnets have the potential to cause intestinal tissue death (necrosis) and perforation.

They small parts could also be a potential choking hazard, here are five first aid tips to help you keep your kids safe.

One of the first things to take into consideration is what a child might look like if they are choking as this will allow you to spot when your child is in danger.

A child who is choking could be clutching at their chest or neck and won’t be able to speak, breathe or cough.

If their face has turned pale or blueish then this could be a sign and if they are violently coughing - then this is a sign they are trying to remove whatever has become stuck.

With younger children it could be that they have a high-pitched sound when breathing in.

2. Don't give them anything to eat or drink

Experts at the Red Cross say that giving your child something to swallow could make the situation worse.

They state: "It’s not a good idea as it will not dislodge the blockage and may make the situation worse by causing a further blockage."

Knowing what actions to take if a child is choking could be life saving.

Experts at the Red Cross said you need to remember the five blows rule.

They explained: "Hit them firmly on their back between the shoulder blades.

"Backblows create a strong vibration and pressure in the airway, which is often enough to dislodge the blockage. Dislodging the blockage will allow them to breathe again."

If the child is young then you need to put them over your lap, then give up to five sharp back blows with the heel of one hand in the middle of the back between the shoulder blades.

If the five back blows don't work then you need to give five abdominal thrusts.

To successfully do this you need to hold the child around the waist and pull inwards and upwards above their belly button.

This squeezes the air out of the lungs and will hopefully dislodge the blockage.

The NHS says: "This will create an artificial cough, increasing pressure in the chest and helping to dislodge the object". 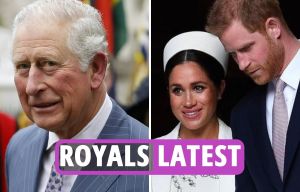 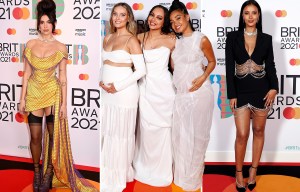 TOP OF THE FROCKS

Glammed up stars hit the red carpet at the Brits 2021 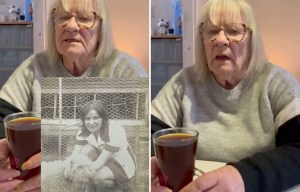 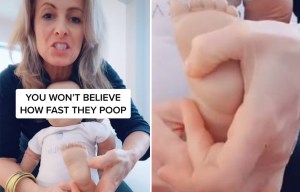 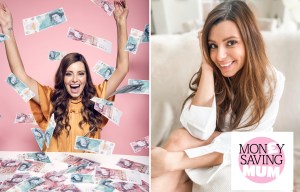 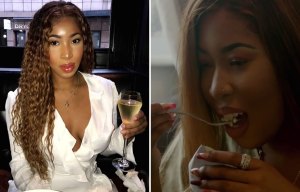 In choking incidences, time is of the essence and if you have not been able to dislodge the foreign body then you should call 999.

Call 999 as soon as you can and while you wait for help you should continue the cycle of backblows and thrusts to continue to try and dislodge the item.

If you can't reach the phone then get someone else to do it, if you're home along then you could call 999 can use the speakerphone so you can continue with the movements.