Two decades ago, when Taitusi Ratucaucau signed his papers, there was such hope. A career in the British Army would bring security, adventure, a sense, too, of service.

In 2000, his homeland Fiji, roiled by a protracted and violent coup, held little hope. A career in the British military was Ratucaucau’s ticket to a wider world.

He would serve for 11 years, earning medals on tours of Iraq and Afghanistan.

But out of uniform, Ratucaucau says he has been abandoned by the UK government, left damaged, bitter and broke, and facing deportation from the country he served. 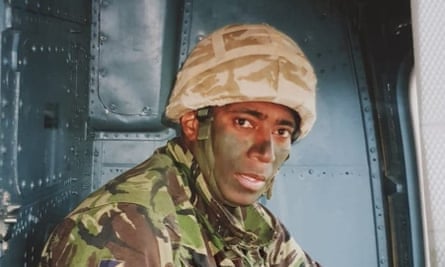 Since winning independence from its former colonial ruler half a century ago, Fiji has continued to provide soldiers for the British military.

Behind the Nepalese Gurkhas, Fijians have consistently been the largest cohort of foreign nationals serving in the British army. They number about 1,300 and regularly win medals for bravery and serve in elite units such as the SAS.

But a campaign by the Commonwealth Neglected Veterans (CNV) advocacy group argues the UK military routinely mismanages the cases of its Commonwealth-born soldiers, poorly advises foreign-born solders on their immigration rights, and that bureaucratic errors have left veterans living illegally in the country they once served.

Led by legal advocates, veterans and their families, CNV wants UK immigration laws changed to allow former soldiers to more easily apply for citizenship and permanent residency, and to be exempt from visa fees it says are prohibitive for Commonwealth veterans.

This week, a group of eight Commonwealth-born veterans lost their final legal challenge when a plea to the high court for a judicial review was rejected by Mr Justice Garnham, who concluded the veterans had made their claim too late and that the courts were concerned with “illegality not misadministration” or an “unfocused idea of fairness”. 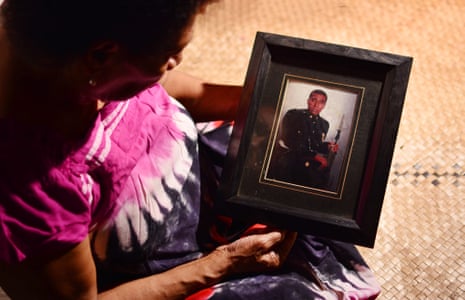 Taitusi Ratucaucau’s mother with a framed photograph of her son at her home in Lami, Fiji. Photograph: Jovesa Naisua/The Guardian

But CNV says it will fight on, publicly campaigning for the Home Office to change its mind on the eight veterans’ cases, and its policies for others who serve.

“I was so proud even though I was going to be alone in Fiji when my only son left to join the army,” Ratucaucau’s mother, Nainasa Valetabua, tells the Guardian from her home in Lami, a fishing village on the outskirts of the capital, Suva. The walls of the modest wooden bungalow are decorated with pictures of her son in uniform.

“I felt so sad when he left Fiji but I was also happy, especially when he would call to speak to us.”

Her son would serve 11 years in the Royal Logistics Corps, earning campaign medals on tours of Iraq in 2003, and Afghanistan in 2008 and 2009.

For a decade, he was his family’s sole breadwinner. The money he sent home to Fiji was a lifeline for his wife, three daughters, and mother.

But in 2011, he was given just 28 days’ notice that the 22-year contract he had signed with the British army would be terminated, despite it having 11 years still left to run. 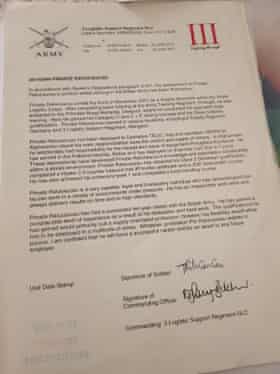 He pleaded with his superiors to stay. “If you sign a contract for 22 years, you expect to serve it. I had a very good record in my regiment, I was not prepared to come out,” he says.

After being discharged, Ratucaucau was asked to leave his married quarters, and lived for a time in a car park in Abingdon. He took work on the railways, paying tax and national insurance. But, then unable to regularise his immigration status, he was prevented from working.

Ratucaucau had spent his savings to bring his wife and three daughters to the UK but could not yet afford to apply for permanent residency, at a cost of £5,000 for each application.

He launched a legal challenge over his immigration status.

But earlier this year, Ratucaucau collapsed in London. For life-saving surgery to remove a tumour from his brain, he was treated as an overseas patient and handed an NHS bill of £27,000. 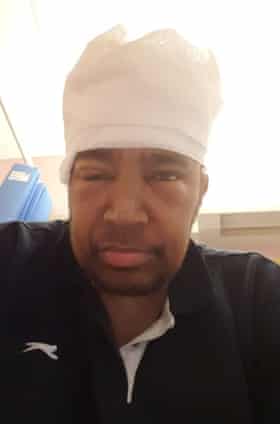 A crowdfunding campaign cleared his medical bill, but the 49-year-old veteran’s future in the UK remains uncertain.

“I felt so sad when I heard he was sick. I cried every day and prayed to God to look after him,” his mother says. “It was such a relief when he recovered and I could talk to him again. We want to thank everyone who collected money for the operation.”

Valetabua’s bungalow is home to 11 family members: with Fiji’s tourism-dependent economy devastated by Covid-19 border closures, only one still holds a full-time job.

The money once sent by her son bought food for the family, and funded repairs to the house, but he has not been able to send anything since leaving the army nearly a decade ago.

Putting their lives on the line … then neglected

“They’ve been neglected,” he says, from the non-descript roadside shack in Suva, where he sells kava to passing foot traffic. The wooden hut doubles as his home: he does not make enough money to afford a house and receives no welfare support from the government.

“We feel disgusted and betrayed by the [court] judgment made. One of the covenants of the British Army is that all Commonwealth soldiers will be treated fairly but where does the fairness go after service?” 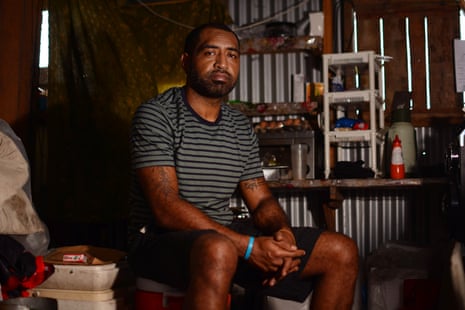 Vono, who leads the Fiji branch of the CNV, presented a petition with more than 130 signatures to the UK’s high commissioner to Fiji, George Edgar, in Suva in September.

The petition alleges the British Army “failed in their promises and duty of care towards us because of the wrongly imposed and exorbitant Home Office application fees”.

The group planned a march through Suva’s streets the same day but were stopped by Fiji police, despite prior approval from the country’s roads authority.

Edgar told Fijian media: “I have forwarded the letter to my colleagues in the Foreign Office in London who will ensure that it gets the attention it needs to have.”

Noting the court’s ruling this week, a spokesperson for the UK government said it had improved its immigration advice to veterans. “The Home Office and Ministry of Defence work closely with our foreign and Commonwealth recruits to make sure they are fully aware of how they and their families can settle in the UK, and the costs involved.” 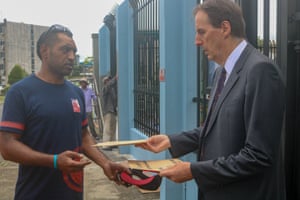 Vono says some veterans were in effect trapped in Britain, with UK-born children but unable to regularise their visa status.

“There are also some that suffer from post-traumatic stress disorder from their time in the military which requires medical treatment that is not easily available in Fiji.”

Vono – who served tours of Iraq, Afghanistan, and Bosnia – has British citizenship himself, but says he wants to be “the voice and advocate for soldiers trapped in Fiji”.

Discharged from the army in September 2013 after suffering knee and back injuries in a traffic accident on deployment to Bosnia, the 39-year-old said his case, too, was “mismanaged” upon discharge.

At present, there are 5,000 active troops from Commonwealth countries across the British armed forces, with plans to recruit more.

Vono argues foreign soldiers who have served should be exempt from paying visa fees to settle in the UK because of their contribution to the country.

“I joined the army when I was 18 ... we all joined the army to fight for the British government and for peace and harmony,” he says. “Our lives were on the line the minute we joined.”

In Lami, by Suva harbour, Valetabua is hoping her son and other veterans are shown compassion.

Mourinho on Lampard's resignation: Football is cruel, especially modern
Dzeko denied West Ham. Striker wants to leave Roma in the winter
Milan wants to sign Porto midfielder Otavio for free in the summer
Manchester United may loan Lingard to West Ham
Mourinho on the double Ntombela: He's very creative. One of those who knows how to sharpen the game
Atalanta and Sevilla have agreed on the transfer of Gomez. The midfielder will fly to Spain on Tuesday
Laporta on Messi at PSG: I read that they have losses. We need to discuss what deals they can afford
Source https://www.theguardian.com/world/2020/dec/05/where-is-the-fairness-fijis-british-army-veterans-fight-for-a-life-in-uk