You could, if you were so inclined, look on this year’s Brit winners as a reaction to last year’s. The gender disparity in the 2020 nominations – in the mixed-gender categories, one British female artist got a nod in a field of 25 available slots – overshadowed the event itself: “In the spirit of sustainability, the Brits have been recycling all sorts of excuses for why there were so few women nominated,” offered comedian Jack Whitehall, not on a topical TV panel show, but in the middle of hosting the awards themselves. But this year, at a ceremony visibly struggling with the remaining Covid restrictions – an audience of key workers, flecked with empty seats, that appeared to be miles away from the action; the weird sight of the people doling out the awards standing two metres away from each other, as if they’d had a furious row shortly before coming onstage – six out of seven winners in mixed gender categories were female: only Harry Styles’ British single award for the ubiquitous Watermelon Sugar broke the trend.

There’s doubtless someone drafting an angry tweet about woke box-ticking, but if so, they won’t have been paying attention to the charts over the last year. The Brits exist to reward success – you can be nominated for most of the awards only if you’ve had a Top 40 album or two Top 20 singles in the eligibility period – and so this correction is more a reflection of the quality of female artists that have succeeded in the last year.

You could have predicted that Dua Lipa would walk off with the British album and solo female awards long before she took the stage in a union flag outfit that appeared to nod towards the Spice Girls’ famed 1997 Brit awards performance: her album Future Nostalgia was a transatlantic platinum-seller that also went to No 1 in 15 countries and is currently enjoying its 58th consecutive week on the UK albums chart, and that sense of major, cross-generational pop success certainly will have won her votes. But its win was sealed by the quality of the material: a smart, hook-packed fusion of disco and pop that bore the influence of Prince, sampled INXS, name-dropped a mid-20th century architect and spawned hit after hit. 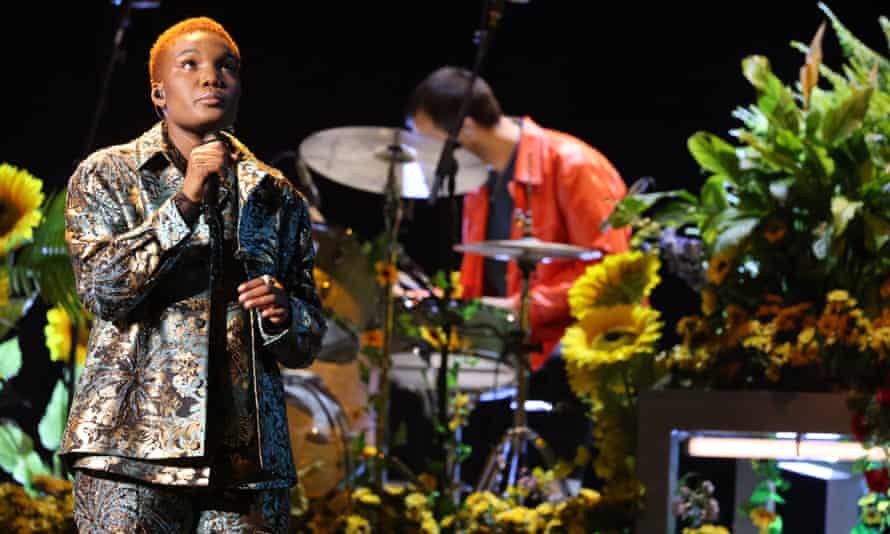 Breakthrough artist winner Arlo Parks also showed that when it comes to winning, you need more than just sales – she beat the much more commercially successful Joel Corry, Celeste and Young T & Bugsey thanks to her debut album Collapsed in Sunbeams, which united critics and a passionate fanbase with its unhurried, conversational lyrical tone and commercial-but-fresh retooling of classic soul and – more unexpectedly – 90s trip-hop. Of the British rappers nominated for British male, AJ Tracey and Headie One have had the biggest hit singles, but J Hus won for his second album Big Conspiracy: more pointed and introspective than his Brit-nominated debut Common Sense, but equally musically eclectic – Afrobeats, dancehall, scrabbling free-blowing jazz sax – with lyrics running the gamut from sex rhymes to examinations of the legacy of colonialism.

Taylor Swift earned the intermittently awarded global icon award, and is deserving, not just for recording two hugely successful albums while in lockdown. Her bullish response to a dispute over the ownership of the masters of her first six albums – she plans to rerecord the lot – was a huge media victory that played on longstanding public sympathy for artists held to be manipulated by an uncaring music industry: a hugely impressive chess move that, with her first re-recorded album, Fearless, earned her yet another No 1. 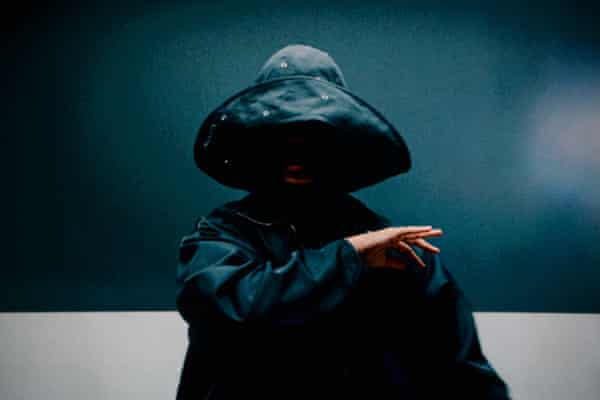 The Weeknd performing at the 2021 Brits. Photograph: Richard Young/REX/Shutterstock

Megastars dazzled in the international categories, too – the Weeknd, provider of the inescapable lockdown soundtrack Blinding Lights, was rewarded with the international male and Billie Eilish, who earned a million Instagram likes in six minutes for her Vogue cover last week, was given international female. But again, star wattage wasn’t the only factor: between them they released music that set new high bars for both introversion and extroversion in pop. Haim, meanwhile, beat the world’s biggest band BTS in the international group category, thanks to their third album, Women in Music Pt III, a snarkily-titled return to form that blended sunlit pop rock with powerfully confessional lyrics.

As you might expect for an awards ceremony at least partly predicated on chart success, it’s all a fair reflection of where the pop industry currently stands. The switch in gender disparity suggests the industry might finally be putting as much effort into nurturing bright female artists as it has the Lewis Capaldis and Rag’n’Bone Men of recent years.